Excellent news, there is an official Apple student discount of up to £270 on MacBooks, Macs and iPads. To get it go to the educational store and follow the instructions. Plus there is a great deal on the new Apple iPad 2018 which is now just £303 with the discount.

If it’s an iPhone discount, the best thing to do is to head to Carphone Warehouse for the best deals in the UK and a student discount of up to £270 off contracts. Just click on the buttons below for further details.

Take a look at the latest sales, promo codes and vouchers below and see if you can save money:

We hope you avid learners have found a great deal but the saving doesn’t stop there. We’ve put together a comprehensive guide on the best ways for students to save on Apple products!

If there is a section relevant to you then just click on the chapter link in the contents box below to find your answer. Or if you’ve got the time and want to find the best ways to save, then take a couple of minutes to read the whole guide and you’ll be saving as quick as the Apple share price has risen!

We know it’s confusing so we’ve researched into what student discounts you can get from apple.com, what additional NUS offers there are and extra tips and codes so you can save even more.

So without further ado, let’s get this guide started and save you some money shall we?

Fabulous news! There is an Apple student discount. Students can save up to £270 on Macs and MacBooks and up to £62 on iPads. Please note though, this is for university students only. If you’re not a uni student don’t worry, keep reading for great saving tips.

To get it, do the following:

You may have noticed that there is no Apple student discount for the iPhone. That is because there isn’t one. Not to worry though, check out our savings tips section to see how you can get cheap iPhone contracts through Carphone Warehouse. 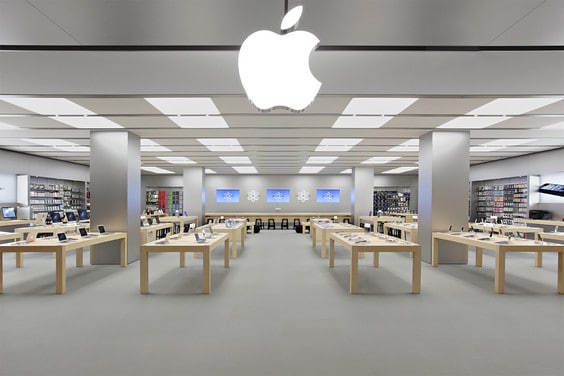 2. Is there a Apple NUS, Unidays or Student Beans discount?

There are a lot student discount schemes and cards out there which can make things confusing. That’s why we’ve written this guide to let you know if Apple is included so you don’t miss out on getting your discounts.

Now the answer to this is yes and no! So if you are an NUS student you will be attending a university so you will qualify for the student discount on the Apple education store.

Also if you’re in store your NUS card should qualify for your student discount, although it states that you should also have a letter of acceptance too.

However, there is no official Apple student discount code NUS through nus.org.uk or any NUS Extra voucher code either.

We hope that’s cleared it up.

Yup there is an Apple Unidays discount.

To get it, head to the Apple student page and follow the instructions.

You’ll be issued with a Unidays code for you to enter and unlock the education store so you can bag those lovely discounts as described in chapter 1.

Are there Apple Student Beans Discounts?

Nope, there is no association between Student Beans and Apple.

This is unfortunate in the squirrel’s humble opinion as it would be a great way to get a customer for life! And keep reading on for some more excellent tips on how to save!

Apple don’t release that many promo codes or vouchers. Having said that, if you are a university student, you can unlock discounts of up to £270 at the online education store for Macs, MacBooks and iPads.

If you’re looking for an iPhone, your best best is to upgrade with Carphone Warehouse. They won’t be beaten on price and have the cheapest contracts for EE, O2 and Vodafone. Plus they also offer a an additional student discount on some iPhone contracts. Check out our comprehensive guide for the latest details.

If Apple do release any voucher codes, we will have them in our savings section at the top of the page. We update this regularly with all the best deals.

Below is a table of currentt promo codes and deals that university goers have used to save money on their fabulous cycling purchases. 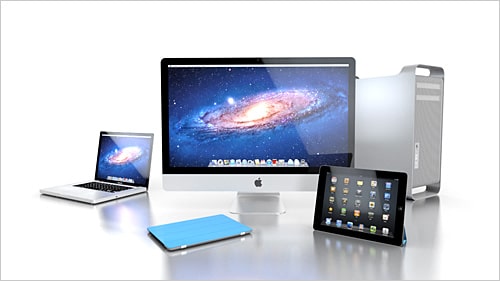 Some of the biggest savings students can make on Apple products is when there is a sale on.

Now the Apple store itself doesn’t tend to have many sales but follow these steps below and we’ll have you saving like a boss:

Many Apple products are discounted around Black Friday but not from the Apple store.

The best place is to check Currys, Argos and Amazon for the best deals.

You either love them and use their products religiously or you hate them and purposely opt for competitors, but either way, you’ve heard of them and you feel passionately about them. They are, of course, Apple.

The world’s largest information technology company, Apple is now recognised for its phones, tablets and smart watches just as much as it is for its computers. Physical devices aside, the company also owns and manages iTunes, Apple TV, Safari, iOS and macOS. The level of brand loyalty the company enjoy from its fans is almost evangelical, and its marketing as a result is extremely highly scrutinised, anticipated and almost frenzied. Apple is one of few brands worldwide that is recognisable from a logo without its name on it and its worldwide revenue totalled $229billion in 2017. That’s quite something, hey?

As you’d expect with the nature of a tech company, most of Apple’s business is done and all of their products are available to buy online, but there are Apple shops worldwide; each easily recognisable for its minimalist design and ‘Genius Bar’ where Apple customers can seek help and advice on the use of their various devices. There are currently 499 bricks-and-mortar stores across 22 countries, and hundreds more of authorised re-sellers. Apple is a brand you’ll find in almost every relevant electrical or tech retailer, too. However, it rarely discounts or holds sales – so if you’re hoping for a January bargain, you’ll need to look to high street chain retailers rather than Apple themselves.

The price points may seem hefty, but they’re worth it for the quality of products and iconic design, and many of the devices interact with each other to give you a seamless experience no matter how you’re accessing your information on an Apple product. Right now, more than one billion Apple products are in use across the globe – and a high percentage of customers own and use more than one.

The Apple headquarters are in Silicon Valley, California, and is known not just as an office but the ‘Apple Campus’. The main ‘spaceship-style’ building houses over 13,000 employees and is not just full of desks but also cafes, restaurants, sports facilities and the corporate auditorium at which the hotly-anticipated product launches are held. There’s also large regional headquarters in Cork, Ireland; Austin, Texas; and Herzliya, Israel.

Apple works alongside numerous charities and good causes, including (PRODUCT)RED, for which it has produced limited edition coloured products, the American Red Cross, to which it has donated millions of dollars in disaster relief funding, and the WWF (Word Wildlife Fund, not World Wrestling Foundation!) for whom it has launched the ‘Apps for Earth’ project.

If you wear an Apple Watch, the Flash Sport Band makes for a great addition to your strap collection. Fitting wrists from 140mm to 210mm, its made from a custom high-performance fluoroelastomer plastic – bright, wipe-clean and almost indestructible. Even if you’re not taking part in sports or sweaty exercise while wearing your Apple Watch, these straps are soft, durable and really comfortable. The pin-and-tuck closure fits snugly and won’t ‘pop’ open and the strap can be matched with any Apple Watch of the same size.

If you own an Apple iPhone and drive, then an in-car charger is a must to keep you going on the road wherever and whatever you’re up to. Delivering up to 36W direct from your car’s DC port to your device, it detects which device has been connected before delivering the optimum charge. It also lets you take advantage of ‘fast charging’ with an iPad Pro, iPhone 8, iPhone 8 Plus or iPhone X by using a lightning cable with it. This charger is also compatible with your Apple Macbook and iPad.

A great gift and one that can be used even by those without an Apple device, this is a gift card that works for everyone. Apple Store gift cards can be used online or in-store, on the purchase of physical products or facilities and services on iTunes or Apple Music. This includes music, podcasts and films. Apple Store gift cards can be bought and sent online, in-store or in high street supermarkets and stores. It’s an easy choice, and a good one!

History of the Store

The Apple Computer Company was founded in 1976 by Steve Jobs, Steve Wozniak and Ronald Wayne with a single product; the Apple I, a computer designed and built by Wozniak alone. Ronald Wayne sold back his shares in the company after just a couple of weeks, leaving Jobs and Wozniak to continue the firm as a pair.

By the end of the 70s, Apple had a staff of designers and its own production line, and in 1980, attempted for the first time to compete with Microsoft and IBM. 4 years later, the Macintosh was launched and was the first ever computer to be sold without a programming language. Follow-up sales were poor, however, and the company changed direction and staff a lot before a full re-structure took place in 1991.

Branching out to attempt the manufacture of digital camera, portable CD players, speakers and video consoles, Apple eventually decided to stick to computers and launching the new iMac, as well as projects alongside Microsoft rather than competing against them.

The first Apple iPhone was announced in 2007, and the company’s profitability and popularity has spiralled since. It now has seen 9 iterations of the phone, a number of similar tablets, further computing products and the new HomePod, its aim at Sonos and the Amazon Echo.

We get asked tons on student discounts for Apple, so we’ve put together a handy table below to answer all your questions.

We hoped our extensive Apple student discount guide has helped you save some money when buying your new tech.

As iPhones aren’t including in the Apple store student discount, we recommend going to Carphone Warehouse. This is because they have a price guarantee on all mobile and contracts so if you see a deal cheaper you get refunded the difference. AND there is a student discount on contracts and iPhones are included.

Argos is always worth a look as they often have cheap iPads and Macs, as does Currys, who sometimes have student promo codes which work on Apple products.