We can confirm that there is a National Express student discount. There are various ways you can get it: 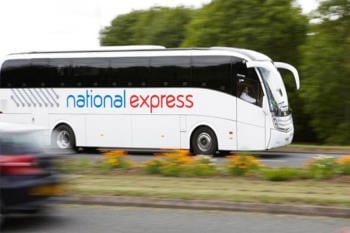 get a 30% national express student discount

travel 1 way for
£5 with this great deal 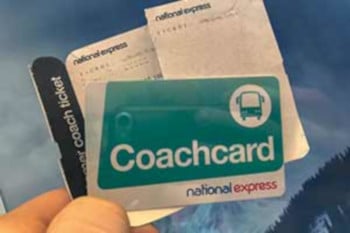 Get a Third Off Coach Tickets With Young Persons Card

We hoped you students found some great ways to save. However the money saving tips don’t stop there. We’ve written a full guide to show you how you can save more and answer any questions such as is there a Unidays discount.

How to Get National Express
Cheap Tickets

The excellent news is that there is a National Express student discount code. There is also a Young Person’s coach card too but we’ll come on to that in a minute.

We’ve been researching and we’ve found that there is a Unidays National Express code, one with NUS Totum and one for Student Beans too! The best thing to do is to go to the voucher code page on nationalexpress.com then get your student code and enter it so you can apply your discount.

To make sure you get the biggest student discount, check the top of this page as we list the current offers and it’s regularly updated.

If you are going to use the coach often however, students are better off getting a young persons coach card. It’s £12.50 for 1 year or £30 for 3 years and you get a 1/3 off your coach fare each time. 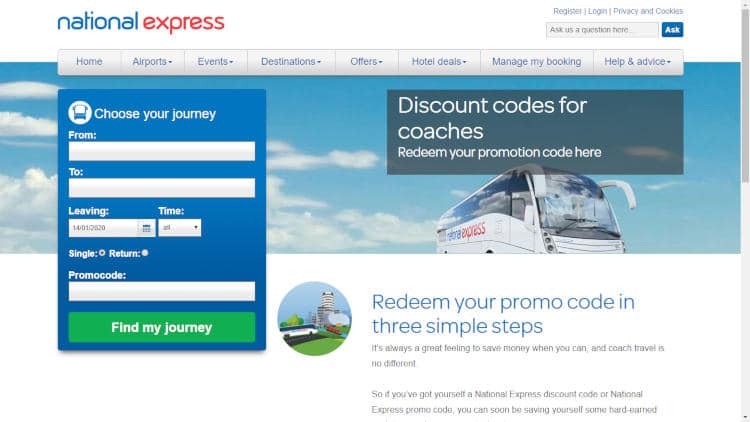 2. Is there a National Express UNiDAYS Discount Code?

Gone are the days when it just used to be an NUS discount scheme in the UK! There are lots of student discount schemes. The Big 3 are -UNiDAYS, NUS Extra and Student Beans.

The great news is there is a National Express student discount code with all 3! Also remember you might want to get a young persons coach card which will get you one third of trvel each time.

We have great pleasure in announcing that there is an official online National Express Unidays discount. This is how you get it:

We love Unidays for a variety of reasons – including it’s free, it’s easy to validate and easy to use the promo codes.

Great news, there is a National Express NUS discount. You do need a NUS Totum card however, which is £12.50/year but has some access to some great discounts.

The amount changes regularly so check at the top of this page for the latest.

The amazing news is there is also a Student Beans code for a National Express discount.

Just log on to your Student Beans account, get your bespoke code and apply it at nationalexpress.co.uk. 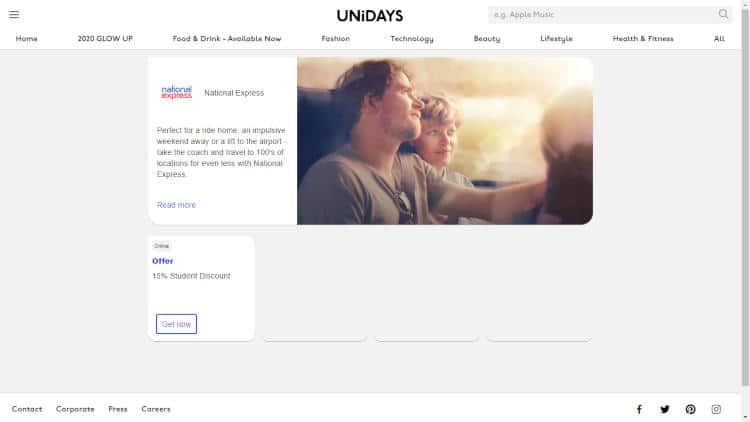 One of the best and easiest ways for university students to save is when there is a National Express promo code available.

When they usually release these (and any National Express voucher codes) they need to be used at nationalexpress.com and they last from between 1-2 weeks. However, we’ve never seen a code for 33% off which you can get with the young persons coach card. Also, the student codes through Unidays, Student Beans or NUS Totum usually offer better discounts too.

We always list live codes in our savings section so make sure you take a look. They include:

The Student Discount Squirrel has a tip:

“Using the National Express student codes are really simple, just do your shop, get to the check-out and enter the code and the relevant reduction or offer will automatically be applied.”

We are often asked ‘How do students get cheap National Express tickets?’. We’ve done some research and follow these helpful money saving tips for cheap coach and bus fares:

We hope you use these tips and make some savings when buying your tickets.

Primarily based in the UK, there’s few city-to-city journeys that you won’t be able to catch a National Express coach for, even if you have to connect through a coach ‘hub’, such as London Victoria Coach Station and Birmingham Coach Station. Take advantage of being able to sit back and relax for longer… read a book, listen to a podcast or get some uni work done en route! The possibilities are endless. The company is introducing free WiFi across its services, with some coaches already equipped, so plug in if you need to and get productive while you’re on the move.

There are several different types of National Express tickets, all of which make for great value, but some are more of a bargain than others. The cheapest fares are promotional and non-transferable, but you’ll need to snap them up quickly as they’re only ever on offer for a short period of time. Aside from promotional fares, you can also bag a bus bargain with a permanent student discount of 15% (this sometimes rises to 20% dependent on your student card and which third-party provider the company is working with at any one time, so be savvy and book tickets when the maximum discount is possible!) or by signing up to a Young Person’s Coach Card, which is applicable for young students and gives ongoing discounts for regular coach travel.

Of course, here at Student Discount Squirrel HQ, we’ll always have the insider info on how to travel the cheapest way at any given time, so save our site as your homepage for maximum money off!

You may think of coaches as a short haul transport option, but if you’re setting your sights further afield there’s no need to be put off – the company’s arm Eurolines offer longer haul coach journeys throughout Europe and even as far as Morocco! Operating transnationally covering a whopping 600 destinations, it makes for a fantastic value transport option through the continent that gives you the opportunity to meet some new people as you go for a really authentic European travel experience. Grab a rucksack and go – even the skintest of students can afford to travel like this!

History of the Coach Firm

National Express started life as a holding company for public bus providers, but in 1968 when coaches were removed from this definition and de-regulated, the business was privatised. Eurolines was later taken over as a business acquisition, and at the time had just 29 coaches to its name.

Coach travel has fluctuated in popularity throughout the years in line with transport trends and other forms of transport going ‘low-cost’, but in mainland Europe and parts of the UK, remains a preferred method, as well as for airport transfers and major event travel. National Express had, for many years, no national competition, but in 2003, the launch of Megabus, a low-cost ‘no-frills’ provider saw its first real competitor strike up business. Both remain in place today, but Megabus currently operates significantly less routes. This competition is positive for those considering coach travel, even on routes not serviced by Megabus, as it has encouraged National Express to lower prices and offer more promotional fares.

Today, National Express owns and operates almost 600 coaches nationwide, more across Europe, and facilitate 19,000,000 (!) passenger journeys every year. If you’ve not yet looked at coach fares for your next trip, why not? You could save a hefty amount and buy yourself some time as you go, so log on and get day tripping!